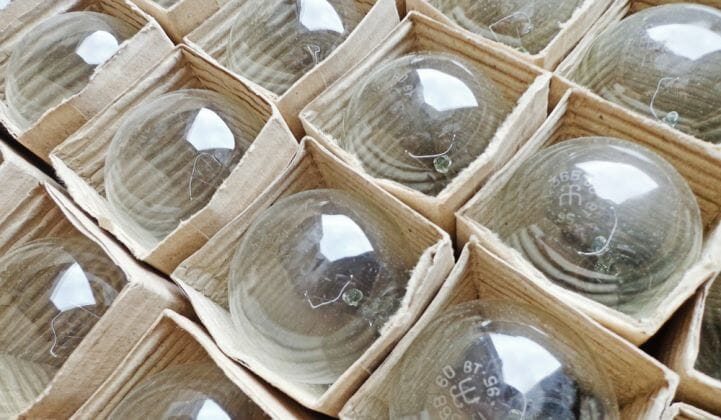 New guidelines for energy-efficient lighting could yield $18 billion in savings.

Comment by Ralph:  LED lamp and fixture usage are growing and now to the tune of about 61% of the market for replacement lamps.  Check out how the UN is weighing in and if they get their way will advance the movement.

Partners in a new United Nations-led initiative want to ensure that as the most inefficient light bulbs disappear from retailers’ shelves in the United States and Europe, those incandescent and halogen bulbs aren’t sold in developing countries.

Last month, at the Energy Efficiency Global Forum in Copenhagen, the U.N. Environment Programme, Natural Resources Defense Council (NRDC), and Philips Lighting (now known as Signify) released a model lighting regulation that will enable developing countries in Asia, Africa and Latin America to easily adopt energy-efficiency standards as stringent as those in the United States and Europe.

Phaseouts and bans have succeeded in sharply contracting the global market for incandescent light bulbs. Over the past decade, annual global sales have fallen from 12 billion units to 2 billion units, Harry Verhaar, head of global public and government affairs at Signify, said in a statement.

The problem, according to Noah Horowitz, senior scientist, and director of the Center for Energy Efficiency Standards with NRDC, is that electricity-wasting bulbs are still widely available in developing countries.

According to Horowitz, a minimum light bulb energy-efficiency standard of 45 lumens per watt takes effect in the United States on January 1, 2020. The new standard will require light bulbs to be at least as effective as today’s CFL and LED light bulbs. In Europe, a phaseout of halogen bulbs takes effect in September 2018.

“With few exceptions,” Horowitz wrote in an email, “minimum energy efficiency standards for everyday light bulbs do not exist in developing countries.”

f adopted by all the countries currently lacking lighting regulations, the guidelines would produce $18 billion in electricity savings, and reduce carbon dioxide emissions by more than 160 million metric tons, each year.

Guidelines ready to be “cut and pasted” into law

Horowitz wrote in a blog post that the guidelines are “ready to be ‘cut and pasted’ into law by any country ready to take the next step and adopt them.”

For now, the model regulation guidelines apply only to general service lamps. The United for Efficiency (U4E) project, the U.N.-led public-private partnership that developed the guidelines, said that future updates will cover outdoor street lighting, office and industrial lighting, and other lighting categories.

The U4E project partners urge countries to choose Option A as it yields higher energy savings and avoids the use of mercury.The U.N.-led effort could help governments in developing and emerging countries curb rising electricity consumption.“Manufacturers will continue to produce and ship incandescent and halogen bulbs to developing countries as long as they can still be sold legally,” said Horowitz.

As a result,” he added, “we are seeing developing countries being the dumping grounds for these wildly inefficient products.”

Worse, because many developing countries still have rapidly growing populations, if governments don’t act now to regulate inefficient lighting out of the market, incandescent and halogen bulbs could continue to end up in sockets — driving up energy demand and the need for new power plants.

“If these power plants burn coal,” said Horowitz, “then the local residents get hit with another double whammy — dirty, unhealthful air and lots of additional carbon emissions.”

According to Horowitz, the U.N. Environment Programme is “actively recruiting” developing and emerging countries to adopt the model lighting regulation. At least a dozen countries, including South Africa, Chile, Bolivia, Indonesia, Nigeria and Costa Rica, are drafting laws or regulations based on U4E’s guidelines.

U4E plans to develop model regulations for other products, too, with refrigerators and air-conditioners first on the list. Horowitz cited an International Energy Agency report published last month finding that global energy demand from air conditioners is expected to triple by 2050. “It’s essential that we make sure these are as efficient as possible,” he said.