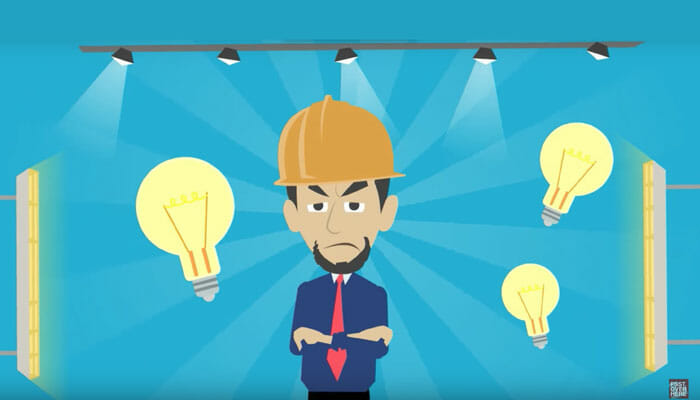 Don’t get misled by a disreputable LED lighting supplier and end up with an installation that doesn’t work for you. Avoid the 10 common mistakes in lighting upgrades by following our fixes.

THINKING OF upgrading your lighting? Don’t do anything until you’ve checked out the 10 mistakes that most people make with new LED lighting.

1 They buy lights with a different light distribution

Probably THE most common issue with an upgrade. LED lamps and light fittings tend to have more directional output. So, for instance, if you replace halogen downlights with LED ones, you’ll get much less spill light. This spill light is actually useful, such as for lighting walls in a hotel corridor. Similarly, if you swap fluorescent with LED, you can end up the top third of the walls in shadow.
Best way to avoid: Buy a sample first.

2 They buy lights which are too dark or too bright

If you are thinking of conducting a like-for-like replacement of fluorescent with LED fittings, don’t just match the light output of the fluorescent (measured in lumens or lm). As the LED light is directional, you’ll probably get much more light from the LED. Beware however, the light output can be overstated on the data sheet and a different light distribution can make a room appear dark.
Best way to avoid: Buy from a reputable brand, check a sample against the existing luminaire or have a sample tested in a lab.

3 They buy lights which are too ‘cold’

The cool or warm appearance of lights is measured in Kelvin. Incandescent lamps are 2700K while halogen is 3200K. If you replace these with LEDs which are 5000K your spaces will look distinctly chilly. LED panels sourced from Asia tend to be cool, because that’s their cultural preference and it’s easier to make a more efficient LED light in cool colour temperatures.
Best way to avoid: Check the spec and buy a sample.

The ability of a light to render colours is measured in the colour rendering index, or CRI. As a general rule you want lights with a CRI of 80, or better still, 90. One particular area of weakness with LED lights is  the R9 (red) value, as this isn’t included in the CRI measurement.  Make sure that’s over 80 too or else reds will look muddy and dull.
Best way to avoid: Ask the supplier for their CRI values. If they won’t supply, be suspicious.

5 They buy lights which are incompatible with their dimmer

LED lights don’t always dim smoothly on dimmers designed for incandescent or halogen lamps. In fact, at low levels they will often flicker and flash. This is because incandescent and halogen sources present a standard resistive load to the dimmer, whereas LED circuitry confuses it, and sometimes both sets of electronics struggle for dominance, leading to component failure.
Best way to avoid: You’ll need to test the dimmers with the LEDs or add a ‘dummy load’ such as one incandescent lamp.

6 They don’t check out the supplier

A whole raft of new LED lighting suppliers have entered the market over the last few years. It’s worth doing an audit of them. Are they a reputable brand? Are they a member of a trade association such as the Lighting Industry Association? How long have they been around? Do they test their products at a reputable test house? Do they have a physical presence in your country?
Best way to avoid: Check them out online, and ask around.

7 They don’t get a decent warranty

Will the supplier give you a warranty? Will they be around to honour that warranty? Is the guarantee for longer than the supplier has been in business? Check out the small print. Sometimes there are limits on burning hours and sometimes you have to register separately online within 90 days to ‘activate’ your warranty. Grrrrr!
Best way to avoid: Use a reputable manufacturer, READ the warranty

8  They buy lights that won’t last

The generally-agreed rated life of an LED is the point at which its light output has dropped to 70 per cent of the initial output, termed L70. For example, you might see a rated life of 50,000 hours to L70. Again, optimistic ratings abound on the sales literature. And there is the phenomenon of ‘early failures’ – fittings that fail not long after installation.
Best way to avoid: Ask your supplier what testing they have based their L70 rating on.

9  They don’t ‘future proof’ the installation

Say one of your luminaires fails in 18 months time. You phone up your supplier to get a replacement, and he or she says: ‘We’re not manufacturing that model anymore – we can supply our latest model’. Be warned, the latest model could look very different from what’s in your ceiling.  Worse, you can’t get hold of the company, because it no longer exists.
Best way to avoid: If it’s critical, buy extra luminaires as spares.

10 They get lights with too much glare

With LEDs, the problem of glare is back, especially in offices. Often LED panels deliver all their light at the diffusing surface of the luminaire, not deep in the bowels of a louvre system, resulting in too much light. The unified glare index, or UGR, is a numerical way of defining how bright a luminaire appears in an installation and it should be under 19.
Best way to avoid: Calculate the UGR in a computer render, or ask the supplier for the installation example on which they based their UGR rating.

It’s very easy to make mistakes on a lighting upgrade. They can happen for many reasons: including bad information, poor product quality, picking a lousy brand, improper design, and failing to check all details.  Get professional help to do it right the first time; Contact me for help on any upgrades and I will put the time in to do it right and still get you great pricing and a great installation.  Thanks for reading. You can reach me at ralph.girondo@fsgi.com.